Think you have what it takes to inspire a world of marketers? In celebration of the 10th Anniversary of Ad Age’s Young Creatives Cover Competition, we’re partnering with Dove, Getty Images and Girlgaze to invite young creatives from all over the world to design an image that shows the impact of a more inclusive idea of beauty.

We’re looking for ideas from creatives age 30 or younger, whether you’re a student, full-time agency creative or freelancer. Entries must convey this year’s brief and be original work.

The winning design will become the cover of the print and digital edition of Ad Age’s Cannes Lions issue—published June 10—and distributed at the Cannes Lions festival.

The winner receives a free trip to the 2019 Cannes Lions International Festival of Creativity, and the winner and finalists’ designs will be celebrated at our exclusive cocktail party at Le Grand Hotel in Cannes.

The competition is FREE to enter! Entry deadline is April 25 at 5 p.m. EDT.

Since 2010, Ad Age has celebrated rising industry talents with our annual Young Creatives Cover Contest. Each year, we ask creatives and execs under 30 to create an image for the cover of our magazine, distributed at the Cannes Lions International Festival of Creativity. The winner also gets a trip to see their work on display a the annual ad fete in France.

Since the contest debuted, we've asked competitors to capture the idea of creativity in a single, impactful image. Last year, inspired by the powerful movements we'd seen with #MeToo, March for Our Lives and others, we ask you to create with an important cause in mind.

In 2019, for the contest’s tenth anniversary, we want to inspire positive momentum in the industry and have partnered with Dove, Getty Images and Girlgaze to bring purpose and power to the competition.

Project #ShowUs is the world’s largest stock photo library created by women to shatter beauty stereotypes and is available now for the media and advertising industries to view, license and use in their next project or campaign. The ambition? To come together and put an end to the narrow definition of beauty consistently portrayed around the world, setting a new standard for the authentic, diverse and inclusive representation of women across the world.

Dove, Getty Images, and Girlgaze have issued a call to action to the industry to support a more diverse and inclusive notion of beauty with the debut of Project #ShowUs, billed as the world's largest stock photo library created by women and non-binary individuals. The collection consists of more than 5,000 photos of women and non-binary people from more than 39 countries -- with no digital distortion. All the photos were shot by women and non-binary artists as well. The aim is to shatter beauty stereotypes by showing individuals as they are -- not how the broader media world has prescribed they should be.

All Getty Images can be found here: www.gettyimages.com/showus

Use of such images is subject to the Getty Images Content License Agreement.

Please download the below PDF for all design specs and info regarding your submission:

For Ad Age's Tenth Anniversary Young Creatives Competition and in the spirit of Project #ShowUs, we want you to create a cover that speaks to the power of truthful representation in Creativity and advertising.

*Use of such images is subject to the Getty Images Content License Agreement. All Getty images can be found here: www.gettyimages.com/showus

Please download the below PDF for all design specs and info regarding your submission:

The competition is FREE to enter! Entry deadline is April 25 at 5 p.m. EDT.

WHO IS ELIGIBLE TO ENTER

The Ad Age Young Creatives Cover Competition is open to students, full-time agency creatives and freelance creatives who are age 30 or under at the time of the 2019 Cannes Lion International Festival of Creativity (June 17-21, 2019). You must be 30 or younger on June 21, 2019.

In the spirit of Cannes’ own “Young Lions” competition, our contest is designed to tap into the talent of young creatives, inspire them to join in important industry gatherings and offer a career-enhancing opportunity to those who are still junior in the business and not as likely to have agency financial support for a trip to the festival.

Ad Age will announce a number of finalists, but only one winner (or creative duo) will be selected.

The winning entry will be used as the cover image for the Ad Age Creativity issue, published June 10, 2019. This issue is sent to all Ad Age subscribers and distributed at the Cannes Lions International Festival of Creativity, held June 17-21, 2019. In addition to the grand prize winner, we will also announce a number of finalists.

The winner (or winning duo) will receive a free trip to the 2019 Cannes Lions International Festival of Creativity to be inspired and connect with some of the most creative minds working today.

Please feel free to use low res watermarked comps from #showus at Getty Images for your entry to the contest.  Use of such images is subject to the Getty Images Content License Agreement. 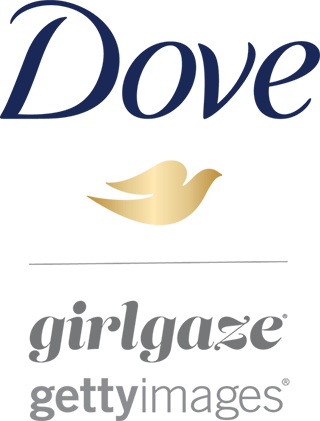 Got questions? We're happy to help.